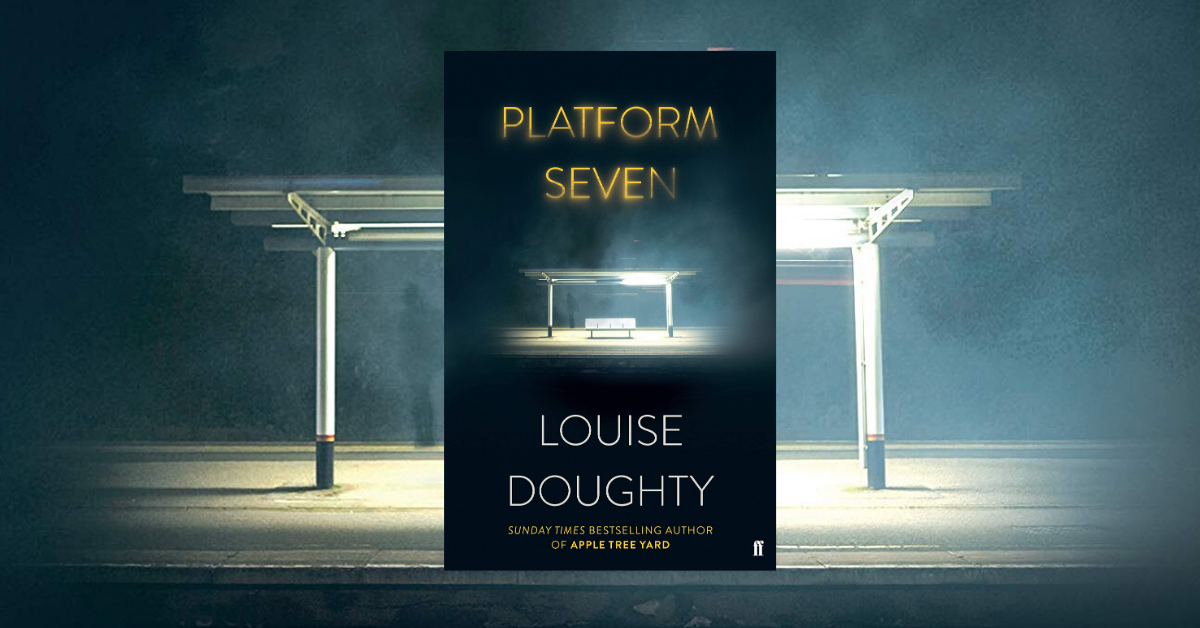 Posted at 06:54h in Books, Library, Reading by admin 1 Comment

Sunday Times bestseller Louise Doughty was a warm and entertaining author to interview for this month’s episode about her new book Platform Seven. Louise has an impressive track record: her sixth novel, Whatever You Love, was shortlisted for the Costa Novel award and longlisted for the Orange Prize for Fiction. She’s probably best known for her hugely popular bestseller Apple Tree Yard which has sold over half a million copies in the UK and has been translated in thirty territories worldwide. It was adapted into a hit BBC TV series starring Emily Watson. She has also won awards for radio drama and short stories, along with publishing one work of non-fiction, A Novel in a Year, based on her popular newspaper column. She is a critic and cultural commentator for UK and international newspapers, broadcasts regularly for the BBC and has been the judge for many prizes and awards – including the Man Booker Prize and the Costa Novel Award.

As well as our featured interview with Louise Doughty, we met remotely with Ann from Fleet Library to talk about Amanda Mason’s debut novel The Wayward Girls. This is a dark and captivating novel about sisterhood and family secrets set in the 1970s at an isolated farmhouse that sisters Loo and Bee share with their artistic parents and wild siblings – and in the present day. Two paranormal investigations, separated by almost 50 years, focus on the sisters and unusual happenings at the rundown cottage.

The featured books are all free to download immediately without having to wait for them to become available, we call them our No Wait No Fuss titles. We talked about:

MacBeth by Jo Nesbo (audiobook and eBook)
A thriller by the popular Norwegian writer and a modern re-telling of the Shakepeare play, part of the Hogarth Shakespeare project. This project from publishers Hogarth Press commissioned modern retellings of Shakespeare plays from a group of acclaimed authors such as Jeanette Winterson, Anne Tyler, Tracy Chevalier, Margaret Atwood, and Edward St Aubyn.

The Quiet Side of Passion by Alexander McCall Smith (audiobook)
In this twelfth instalment of Isabel Dalhousie’s story, McCall Smith gives his readers what they want – time inside the mind of one of fiction’s most richly developed women detectives, a visit to Edinburgh, and a twisting and tangled mystery about what responsibility humans owe to each other.

Letters to My Younger Self by Jane Graham (audiobook and eBook)
This collection is subtitled: The Big Issue Presents… 100 Inspiring People on the Moments that Shaped Their Lives. It’s a compilation of 100 of some of the best letters featured by The Big Issue which, 10 years ago, began to ask some of the best-known, most interesting and most successful people in entertainment, politics, food, sport and business to give advice, offer hope and share a few jokes with their younger selves. Writers include: Paul McCartney, Olivia Colman, Mo Farah, Magaret Atwood, Tracey Emin and Tim Peake.

We also talked about The Last Mile by David Baldacci, our virtual book club choice for May which you can download as an eBook or audiobook. This is the second book in David Baldacci’s American crime series featuring footballer turned detective turned investigator Amos Decker.

Here’s the full list of No Wait No Fuss BorrowBox titles for May:

Thanks to Louise Doughty, Ann from Fleet Library, and our supporter BorrowBox, the library app that allows you to download eBooks and audiobooks straight to your phone or tablet. All you need is your library membership number and PIN.

If you enjoyed this episode of Love Your Library, you might like our interviews with Ann Cleeves, Tracy Chevalier and Cara Hunter.