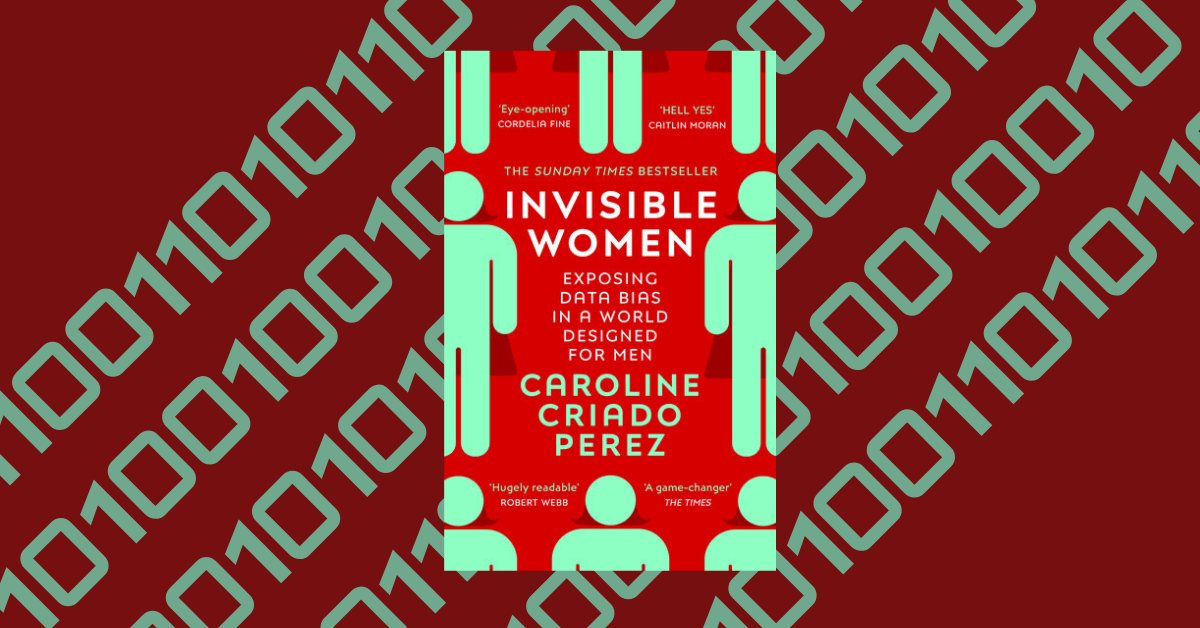 Posted at 15:19h in Books, Library, Reading by admin 0 Comments

We were delighted to meet up with broadcaster, writer and campaigner Caroline Criado Perez a few weeks before social distancing was introduced. Head of Hampshire Libraries Emma Noyce talked to Caroline about her award-winning book Invisible Women: Exposing Data Bias in a World Designed for Men.

At a young age Caroline has already had a big impact on society. Her standout campaigns include co-founding the Women’s Room project which led a drive for female experts to be better represented in the media, successfully opposing the removal of the only woman other than the Queen on British banknotes, pressing Twitter to change its processes for dealing with abuse, and successfully campaigning for a statue of Millicent Fawcett to be put up in Parliament Square.

She was the 2013 recipient of the Liberty Human Rights Campaigner of the Year Award, and was awarded an OBE in 2015. Her book Invisible Women, was chosen in 2019 by the Royal Society as the science book of the year. Invisible Women is a brilliantly researched exploration of how everything from speech-recognition software to bulletproof vests, and from medical tests to office temperature controls, are all designed for men as a default.

As well as our featured interview, Mary and Kate discussed some of April’s featured books on our BorrowBox app. Hampshire Libraries members can download ebooks and audiobooks for free using BorrowBox. You’ll find more information about BorrowBox on our website.

The featured books are all free to download immediately without having to wait for them to become available, we call them our No Wait No Fuss titles. We talked about:

The Power by Naomi Alderman

Describes a world exactly like our own but one in which young women start developing the ability to emit electric shocks through their hands. Winner of the Women’s Prize for Fiction in 2017 and named by Barack Obama as one of his favourite books of the year.

A retelling of the story of Circe, a Greek goddess of magic and daughter of the sun god Helios. Banished to a mythical island, she works on her magical skills and, over hundreds of years, comes across many of the most famous figures in Greek mythology including the Minotaur, Daedalus and his doomed son Icarus, and Odysseus, legendary Greek king of Ithaca. Shortlisted for the Women’s Prize for Fiction in 2019

The Seven Deaths of Evelyn Hardcastle by Stuart Turton

Almost impossible to describe: think Agatha Christie combined with a computer game, or Downton Abbey mixed with Groundhog Day. The story starts with the narrator in a forest with amnesia – he doesn’t know who he is, where his is, or why he’s running scared. Winner of the best first novel prize in the 2018 Costa Book Awards.

Young adult novel set in America about a teenage boy, falsely accused of theft and sent to a youth detention centre in the middle of the desert. Here, in sweltering heat, he and the other inmates have to dig a large hole every day. But what’s the real reason behind this task?

All available as No Wait No Fuss audiobooks.

We also talked about Sal by Mick Kitson, our virtual book club choice for April which you can download as an ebook. Find links to the group, Digital Readers, on the Hampshire Libraries Facebook page. The book is about two sisters, thirteen-year-old Sal and her younger sister Peppa who run away from home into the Scottish wilderness. There’s some regional slang and swearing which gives the novel a bit of an edge but it’s a lovely read for young adults and older ones too. Download the book, and join the conversation through our Hampshire Libraries Facebook group.

Here’s the full lists of No Wait No Fuss BorrowBox titles for April:

Thanks to Caroline Criado Perez and our supporter BorrowBox, our library app that allows you to download eBooks and audiobooks straight to your phone or tablet. All you need is your library membership number and PIN.